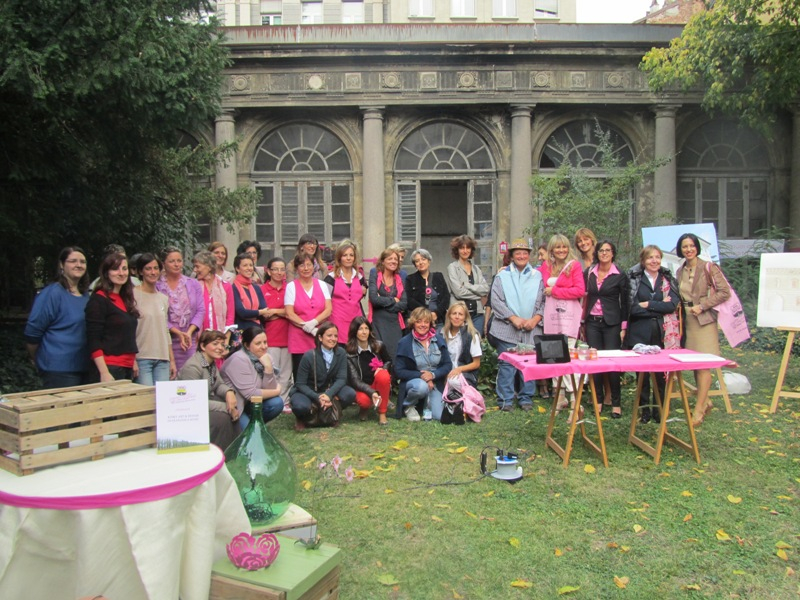 The case of Pink Route

The idea of the project.

This project was a challenge between 7 determined ladies who are part of the Committee of Female Entrepreneurs in the Chamber of Commerce: Federica Bussandri, Nicoletta Corvi, Federica Melodi, Paola Rossi, Loretta Rossetti, Consuelo Sartori, Alessandra Tampellini. It was the perfect combination of like minded people, as after the creation, the committee discovered that they were all intent on uniting their strengths to create concrete opportunities for women. Henceforth, discussions started within the group and that in itself is an example of how institutions should move forward.

The choice
In order to decide what kind of project they wanted to bring to life, the CFE tried to identify what the needs of the firms were by corroborating with an expert from the university to help with research. Tourism was the chosen field as it was a combination of all the answers to what the firms needs were. And they honed in on high quality. And from there, they looked for companies that were interested in taking part in the project. They searched for small businesses to offer the most support. They chose motivated women to participate, women with the awareness that offering quality means an investment in their future.
The needs that have emerged.
The first point was time management.
Secondly, before deciding, women often doubted their capabilities in fulfilling the roles.
The third point was the need to find clientele and increase the number of users of their products and services to a larger and diversified public.

The proposals.
A 2 year program, initiating from the idea, to the support, to the startup, to the agreement with a tour operator, to the website, to the dissemination, to the trade fairs.
They looked for unconventional itineraries and itineraries offering new experiences. Experts in communication and of the territory then studied these itineraries.

Support.
Once the ideal project was decided on, the CFE then approached the council of the Chamber of Commerce in Piacenza asking them to support the project, according to a budget calculated on the cost of communication, consultancy, materials and training. The local authorities welcomed the project, as it was the first time to promote the territory of Piacenza.
How to continue.
As these businesses are self-sustaining, they increase their knowledge base and are encouraged to participate and make decisions. The CFE recommends them to join the Network of Businesses with the backing of consultants from the Chamber of Commerce, creating a statute and a contract, eventually also requesting funding facilities from the Emilia Romagna Region.
Not only because this Network of Businesses is becoming a legal entity that can facilitate public funding, but by having a contract means to clarify amongst the businesses the standards of quality, to create a reciprocal relationship which then means that their experiences and services to tourists, albeit positive or negative, are shared by all.