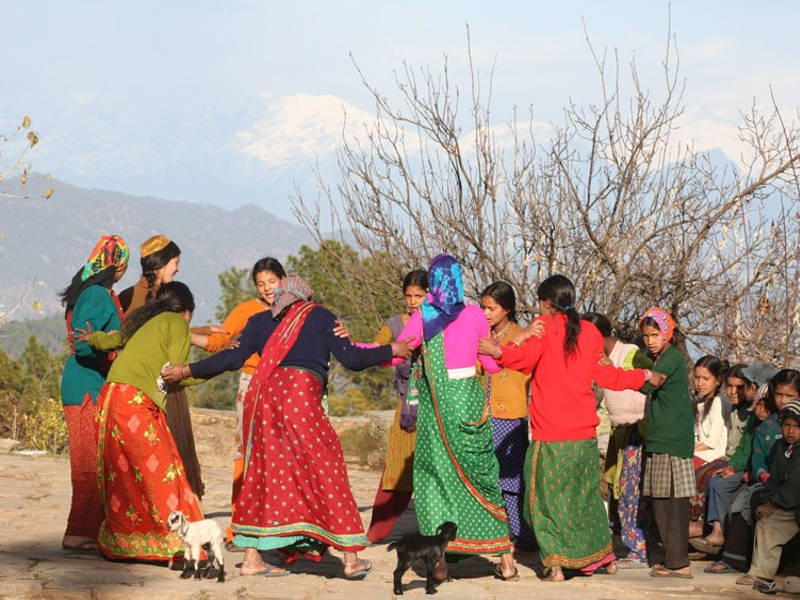 The primary objective to write this piece is to delve deep into the statistics and reasons that plague the unfortunate failures of most economic empowerment initiatives specific to tourism industry. However, much to our dismay, firstly, there are no industry specific data to crunch neither were there government schemes that directly targeted women for any kind of skill development for this industry per se. Ironic, when one see that tourism in its most underused and neglected state, still generates billions of dollars worth of revenue for the government. Tourism as an industry ranges on a very broad spectrum and encompasses employment opportunities in almost all its branch sectors. ie, people have a short sighted understanding of this industry. Most would only entail hospitality as a part of it. However, it ranges from, hospitality, travels and accommodations, guide tours, gems and jewellery, food and beverages, textiles , construction and infrastructure and more.

Current sources of data fulfill their main purpose of assessing some labour market trends, particularly labour force participation rate and employment shifts, but are not really designed to assess the wellbeing of the workforce or the extent of change in gainful employment. These data limitations existed in the past, too. They assume particular significance in the light of global trends—also mirrored in India— that favour more independent work, flexible or part-time jobs, and supplementary income generation activities which are not captured by surveys and frameworks currently.

Though some attention has been paid to the gender issues, the Economic Survey with its pink coloured book symbolic of women empowerment has made few references to women in the usual chapters on Social Infrastructure, Employment and Human Development. So, aside from this brief foray in volume I into one particular gender concern (the falling sex ratio), not much seems to have changed overall. The Budge speech of the Finance minister has faded away these grand claims with the trivial budget allocations made for the year. It is still is based on stereotypical gender roles for women.

Current Scenario Female workforce participation rate (WPR) in India stands at 31.8%, which is almost half of the male WPR at 73.2%. While north-eastern and hilly states have performed well on female WPR, with Mizoram having the highest WPR at 61.3%, the situation is worrisome in Haryana, Uttar Pradesh and Punjab, with WPR as low as 9% in the latter. (Top 5 States Bottom 5 States Source: Labour Bureau 2013-14 )(http://www.swaniti.com/wp-content/uploads/2015/11/Women-Livelihoods-and-Skill-Development-in-India.pdf)

The government has been unable to still empower women and ensure that their work is appropriately remunerated as it failed to put its own house in order. There has been focus on introducing new programmes and initiatives but there has been complete non-seriousness in empowering the workers who pull the programmes off. The workers of the health and nutrition get even less the minimum wages and have no secure work conditions.

There has been a reduction in the requires contribution of the women workers who are enrolled in the Employees Provident Fund Scheme from 12% to 8%.The MUDRA loans provide only around Rs 40,000 on average – hardly enough to start a productive enterprise, so it’s not surprising that mainly women (with lower expectations anyway) have been the major takers.

The Mission for the Protection and Empowerment of Women (which includes the Nirbhaya Fund, for what it is worth) gets a paltry allocation of Rs 1,365 crore. This trivial amount would do nothing to put in place the several measures that were outlined by the Verma Commission as essential for women’s safety, and suggests that the government is really not serious about this at all.

Some of the programmes which economically empower women like MNREGA also cannot be expected to provide consistent stable employment. In workplaces women often have different employment contracts, agreements for their work. There is tremendous work insecurity. There is no gender parity in work security. Large skill training programmes of the National Skill India Mission of the government are attempting to provide skill training to women which strives to build upon the traditional knowledge of women and convert it into sustainable capacities in livelihood . But most trainings are archaic and still stereotype women to do certain kinds of work and learn them.

There is still no proper need assessment done to initiate training programmes with different communities and in different regions. Even there is no identification of the tribal issues in the different regions. The ‘Udyogini’ scheme assists women in gaining self-reliance through self-employment, especially in the trade and service sector, and this year, the maximum limit of loan has been raised from ₹1 lakh to ₹3 lakhs. Others changes include subsidy at 30 percent of the loan amount, increase of the income limit of the family to ₹1.5 lakh and increase of age limit for all categories from 45 to 55 years.

Its been observed that since its launch in July 2017, it has resolved upwards of 78,000 queries. New entrepreneurs don’t have to run to 10 different places to find solutions to their problems—from information exchange to guidance, the one-stop shop offers it all. The learning and development module of the Startup India programme, which offers free entrepreneurship courses, has been used by 1, 91,000 individuals so far.There is a need to have an analytical data on how many women and which sections of women benefited trough this initiative. Are these start ups linking well with tourism developments in the region and are they affecting the status of women in the marginalised sections buy making them part of the various development sectors including tourism?

This year wit Budget 2018, there has been an announcement of Rs 10,000 crore 'fund of funds'by the Prime Minister for providing funding support to startups over a period of four years.To encourage experimentation among startups, the government will provide credit guarantee through a National Credit Guarantee Trust Company being envisaged with a corpus of Rs 500 crore per year for the next four years..The government’s recently announced demonetisation has dealt a blow to startups, said Mariwala. In 2016, the startup sector was plagued by fund crunch (42.7% fall), shut downs (over 200 startups shut shop). All concur that the government can make the startup ecosystem healthier by making the process of starting up a business, running it, and closing it easier. One way would be to carefully study the experiences of startups that are shutting down or trying to grow and then respond via appropriate actions to help them and reduce the unnecessary roadblocks in their path. Is the government listening? Till now its not clear which section of women have actually benefitted through this scheme. (https://timesofindia.indiatimes.com/india/PM-Modi-announces-big-push-for-startups-Rs-10000-crore-fund-to-be-set-up/articleshow/50606061.cms),(https://www.thehindubusinessline.com/economy/modi-announces-tax-sops-funding-support-for-startups/article8114334.ece)

As illustrated, the success and failure of any economic empowerment initiatives hinges upon the intent of its genesis. Unfortunately, most of the so called drives in India fail rather despairingly because the entire emphasis is on the theoretical conception and barely any on its implementation and feedback mechanism to plug the loopholes into the same. The entire process of budgetary allocations, non bureaucratic decentralized distribution of authority, the emphasis on awareness and need of women forthcoming for such schemes and deployment of fool proof skill and training development programs, the feedback mechanism on percentage participation, successful completion, absorption into the work force, all of these parameters benchmarked against a time line of delivery are indispensable for any hope of real world success of the eyewash we indulge in the name of empowerment!