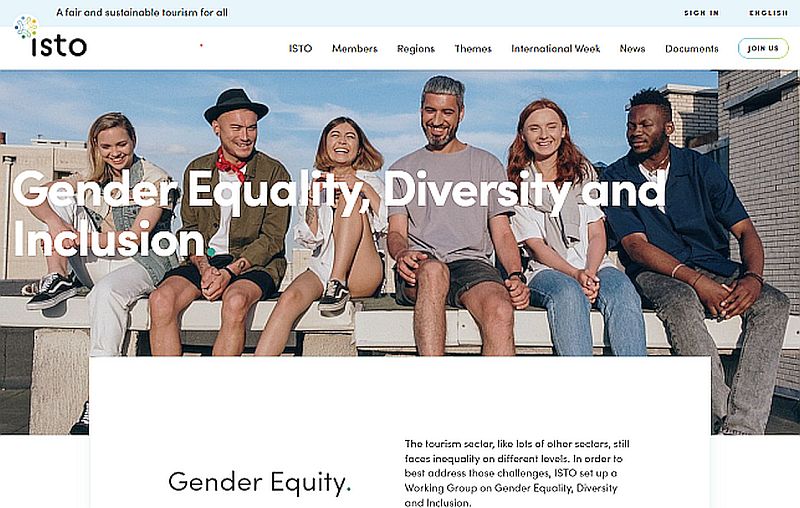 For the first time, since the pandemic and tourism crises, women's voices are being programmatically collected and listened to in a new research

2022 seems to have become the year of women, and also the year of women in tourism, if, for example, we take into consideration the Italian UNI equality certification, the European Parliament's "Tourim Transition Patway" that will shape the 2030/2050 European tourism agenda, the UN guidelines.
Gender equality (or lack thereof) is one of the most important and prominent issues facing workers today: leaders and managers at all levels in the public sector, humanitarian organisations, UN organisations, the private sector, the non-profit sector, gender and human resources specialists, are all involved in developing a concrete action plan. It is a long way to go, given the disproportionate loss of employment suffered by women, as well as the high proportion of women workers within tourism and their concentration in lower-skilled and lower-paid jobs. That's why plans for the sector’s restart and recovery must address their specific needs.
The first step in all the reccomendations is always to start collecting disaggregated data.
ISTO has done just that with the Report ' Gender Equality: what role are tourism organisations playing? '.

ISTO's research, devised by it's Gender Equality, Diversity Inclusion Working Group, was carried out with 50 members from 17 different countries, started in July last year and was published on 8 March 2022. Thanks to the collaboration of ISTO members, it is possible to provide you with the document translated into English, Spanish and French. This first study opens the space for discussion and further research on this important issue.
The most interesting fact that emerged, considering that ISTO associations have a high level of sensitivity and ethical attention, is that, beyond numerical equality, there are stereotypes and ways that we all feel the need to clarify. For example: that women are asking for their voices to be more heard and that both men and women would like training on the meaning and implementation of equality and inclusion.

As Alexia Lacombe, author of the report, explained: "The initial findings come from 13 interviews conducted on gender equality, looking at whether women have the same opportunities, rights, pay and decision-making space as men within the organisation. During this interview it is interesting to point out that 5 respondents stated that when we talk about gender equality we should not necessarily talk about men and women but about individuals.
To continue the research ISTO then investigated the position of women in important roles within organisations, and found that 7 out of 10 of the organisations investigated there was a man in a position of power and therefore women were not well represented.
With regard to salaries and equal pay, the majority of organisations stated that they had achieved parity.
On gender equality policies, on the other hand, all respondents answered that this was a very interesting issue for their company, but only 6 of the organisations surveyed had actual policies to achieve gender equality. However, even for those who did not have such policies, they found them useful but not applicable to the organisation as they did not see a reason to do so".

The best idea? The association Diesis nominated the 'Equality Officer'.
The next step of ISTO's GEDI Working Group? To provide the tools to improve work internally and to execute the same good practices externally. And to go on with the dialogue and data collection.
The guaranteed result is always a greater social and economic performance.

At the moment the Guidebook is only in Italian but we are planning to translate it in English.
Would you be interested in reading it in English?
Please let us know writing at info@g-r-t.org

READ THE FIRST OFFERS ON THE SPECIAL OFFERS OF GRT

PARTICIPATE ON JOIN US

ARE YOU AN ENTREPRENEUR? READ OUR INQUIRY IN THE DOSSIER ABOUT CRISIS