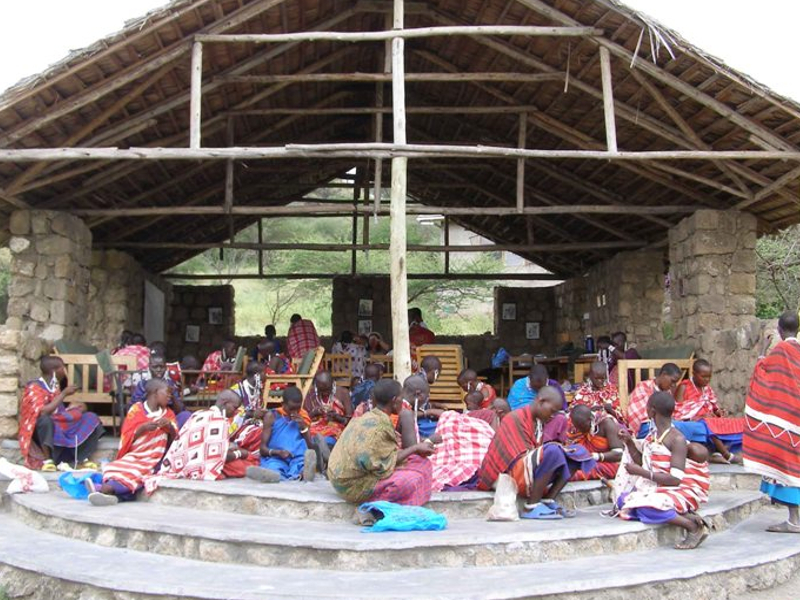 Sustainable development is more than a camel safari

If you think that coming here is a travel, you are wrong: for the first time the Mkuru Eco Village opens doors to visitors, who become real volounteers and participate to the building of an environmental project.

Not only trekkings and camel safari, to get to know Maasai country and help them to live free.
And not just coming back home with beautiful yewellery created by women's cooperatives.

But also with a range of experiences. Those who have only a few days helps in foundrasing, who have eight or more days can follow a course in research, education, training, can experience a low impact lifestyle tented camp, and cooperate to Istituto Oikos's projects.
The Camel Safari is the oldest project: a choise of six safaries in the bush with local guides that have not to be missed.
Among the newest projects: 8 days experience that allowes participants to capture unique shots of the local natural environment and culture with an international school of wildlife film-making.

The course with the Sentinel Outdoor Institute, six health officers from the neighbouring communities, with a mobile medical clinic and a mobile veterinary service, for the 800 residents of Mkuru and their livestock.

But here you can also live like a shepherd, or get to know the African environment and learn how to decrease your impact on natural resources. Or learn about bush wildlife, orienteering, surviving into the bush following the Maasai tradition, how to obtain balanced nutrition and good taste using traditional food and recipes, the use of indigenous plant in traditional medicine, find out everything about stars myth and science.

And of course, what ladies of any age are not missing, is the Maasai Women art Atelier: a Tanzanian locally owned and managed non-profit company, that sells high quality Maasai jewellery combining traditional beading techniques with Italian elegance.

140 women are creating fantastic jewellery , managed by designers, consultants, artisans, from Maasai regions, Italy and Switzerland.
The Nasaruno Cooperative in Mkuru and the Enaboisho group in Meserani have been part of the project from the very beginning.
Esupat Pendo and Elyamani Oyaya of the Nasaruno Cooperative are on the board of directors.

The company guarantees fair working and trading conditions to Maasai women and encourages environmentally friendly practices.
It was started in 2006 as a project of the NGO Istituto Oikos and Oikos East Africa in partnership with Istituto Europeo di Design. In 2008 Maasai Women Art became an independent and self-sustaining organization.
Now, the main group of women has registered its own cooperative and its own bank account and is using funds from the jewellery sales to set up goat projects and to explore further income generating initiatives. The group owns a piece of land and a simple building which provide a base for its activities.
The women have gained self-esteem and feel more confident to stand up for themselves.
The Mkuru women community finally recognizes the importance of school education. Seven young girls are now attending secondary school.
The retail outlet in Arusha opened in April 2009, contributing to a higher profile for the company and a wider exposure of the products.
An office and workshop space has been created in Arusha to facilitate trainings and ongoing beading development.
Maasai Women Art jewellery is sold internationally.

Isituto Oikos's projects reconcile environmental protection and man's needs.
With an integrated approach: several tools, one coherent framework.
Analysis and participatory planning of natural resources, awareness-raising, training, projects that strengthen the economic autonomy of disadvantaged communities and the role for women. Cooperation between organisations in the North and South, the creation of micro enterprises in the environmental field, education projects that promote sustainability.
Istituto Oikos has been active in Tanzania since 1996.
For the last 10 years we have been working mainly in the Mount Meru area, a large territory situated along the eastern limit of the Rift Valley, not far from the city of Arusha, and affected by the presence of Mount Meru (4,564 meters), a dormant volcano covered with a dense forest that plays a key role in the climatic balance of the area and in supplying water to roughly 500,000 people living in the area.

The Meru farmers and Maasai shepherds who live on the fertile slopes of Mount Meru or in the vast surrounding savannahs and who base their survival on the use of natural resources are finding it increasingly difficult to find a balance between the urgency of satisfying their own needs and the need to preserve the natural heritage.

Through an integrated approach, Istituto Oikos is committed to defining, testing and promoting strategies and technologies that may assist local communities to use their own resources (water, soil, forests) for production (agriculture, raising livestock, but also tourism) in the most efficient and sustainable way