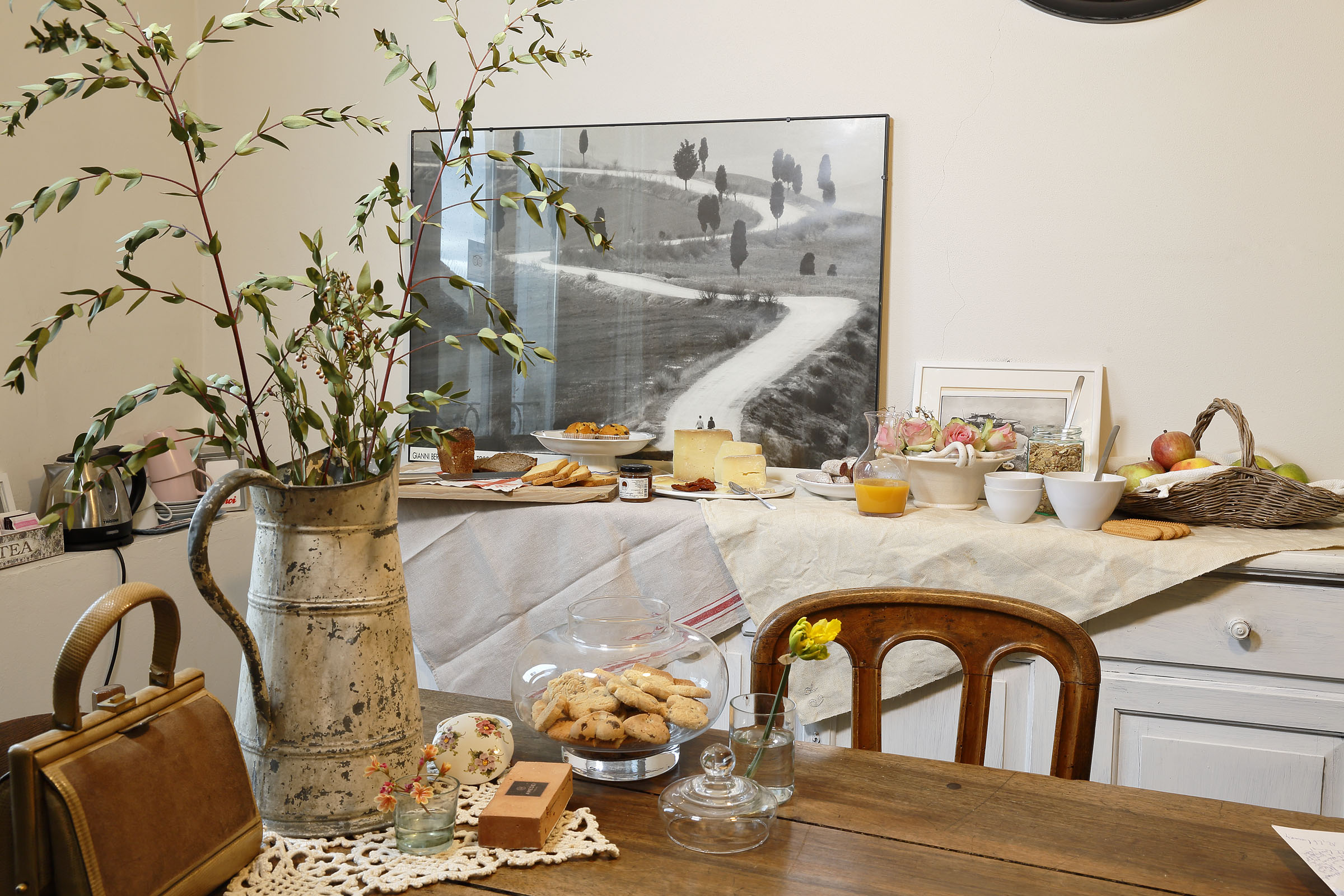 A Paradise that cares for the earth

10% discount on first night, welcome aperitif, suggestions for visits to the community and book sharing

Where: Siena, Tuscany
Who: Paradiso n.4

Sustainabily and beauty in a model b+b created by Paola Orefice, GRT Member in Siena

Many people say Siena is the city of women: wherever you go you breathe in their history and come across legendary figures.

The first were the Etruscan women who, as the ancient Roman poet Tito Livio said, “knew how to stand out in front without blushing”. The second one was Saint Caterina, an urban girl who lived in the 4th century, a visionary and a rebel, the first one to ever ask for “a room all to herself” (to be visited on the Sant’Antonio Coast). What’s more they tell of a “Women’s Fortress” on the Walls, built by the noble women of Siena, Laudomia Forteguerri, Fausta Piccolomini and Livia Fausti, armed with pickaxes, shovels and baskets, during the battle of Camolia.

In the middle of so many symbols, round the corner in an old alley, you’ll find art and hospitality of feminine appeal in the Paradiso n° 4 bed and breakfast, where Paola D’Orefice combines antique furniture, handcrafted cloths, a second hand philosophy (they are part of the Association of Urban Deposits), and the use of products by young local enterprises. For example, she can take you to visit the women who restore and embroider flags and costumes for the Palio. And from here, on the advice of Paola, you can nose around the shops she herself uses.

Around the fortress every Wednesday there is the market which is visited by both residents and tourists. In Piazza Duomo, as if by some magic meeting, the wayfarers along Via Francigena still find hospitality in the world’s oldest hostel: the Casa delle Balie - ‘women’s hospitable pilgrimage’ inside Saint Maria della Scala – orphans with their nannies have lived there since the 4th century.

One of Paola’s favourite destinations is Rapolano, where you can find antique furniture and objects. Then you can visit the thermal spa, a compulsory destination for women travellers and a good antidepressant, as it has sulphur and is in enchanting surroundings.

In Rapolano you go to the spa hotel San Giovanni which has a fantastic view of golden fields like Renaissance frescos, or to the Antiche Querciolaia thermal spa which has a system of springs with different temperatures. In Bagno Vignoni one has to see the square in the medieval centre of the town, or rather the thermal spa which occupies the whole square: a spectacle which Saint Caterina knew well. Finally, in Castiglione d’Orcia, one enters the woods to find the Bagni di San Filippo spa with limestone rocks and waterfalls.
Once back in town, do not miss the tasting experience, from the cakes and jams made by Paola to her favorite restaurants in the medieval alleys next door.