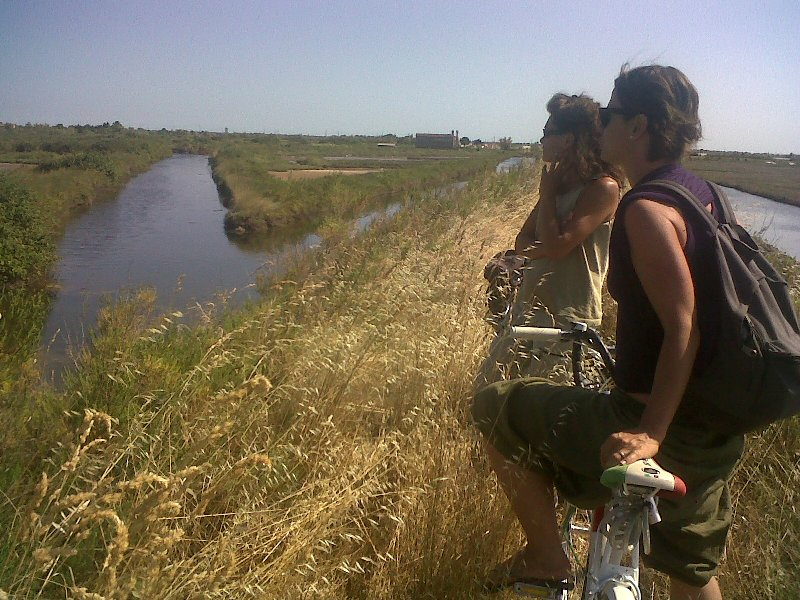 Something you don't know about Venice

Venice can be discovered slowly but surely, with the advice of those who know her and know how to enjoy authentic experiences, with cultural and local influences.

The idea of slow tourism in the Venice lagoon started with Limosa, tour operator professionals for sustainable tourism. And now Network Slow Venice counts 27 companies. Their proposals are original and customized, from days with fisherman in a fishing valley, to elegant evenings at a concert, while the kids play with an animation team. Some Slow Venice companies are all female, both in their management, history, projects and inspiration. And many are the women who meet and tell their stories. Some examples?

Luana Castelli, the Guide for Slow Venice, has come up with the most curious and intelligent tour, inspired by the presence of women, following the street names: this is the only city where dozens of streets, bridges and canals have names of distinguished Women Scholars, Queens, Old Bags, Gossips, Midwives, Honest Women and many others, in the most fascinating of labyrinths.

One of the most enjoyable ways to prowl around the lagoon is in Cristina della Toffola's bragozzo or fishing boat. Confidently taking the helm, she will take you, according to the season, to quiet corners where the birds shelter, to the Venetian beaches, to isolated dunes, as well as Torcello. With nature guides like Luana Castelli or Martina Raehr, the fishing boat stops at the lesser-known Islands, such as Lazzaretto or San Francesco..

Or switch to the gardens of Vignole for an unexpected visit to a rural park, where Guia da Camerino has started cultivating Sant'Erasmo artichokes. Inside the mouth of the Sile in the Siloncello channel, among herons and egrets, you pass from the lagoon to the reeds, on land inhabited by the Romans. In Altino, the first Venetian settlement, beyond the Museum's cloister, lies the restaurant Le Vie, well known for its risotto and local produce, where Marisa Furlan organizes events and concerts and advises on archaeological walks among cultivated fields.

In Mira, on the Bank of the Brenta Canal, between Fusina and Stra, Valentina Re, who welcomes you to Riviera del Brenta Byke, will rent you a bicycle and give advice on the ride for you. Here are the world's richest 25 kilometres of villas and parks, locks and bridges, banks for picnics, following archaeological sites, scenic reserves, among the treasures that the Serenissima has left on dry land.

A stone's throw from the lagoon, in Campagna Lupia, you can stop by at Sonia and Mara Longhin, influential promoters of the Alla Vaccheria farm, a much sought after educational farm, a laboratory of fresh milk produce, including a market and snacks.

In Canareggio, you can meet artists and craftspeople who have held on to the past: Luisa Conventi, one of the most expert pearl threaders, who creates jewelry, lamps and much more. But Luisa in particular has continued to promote an art with which women in the 19th century supported 5000 families. On the website of the Gioia laboratory you learn everything about this ancient art, but you can also keep informed about the next pearl threading Festival, "Festa delle Empiraresse", when artists and artisans (like Elizabeth Maso, decorator and gilder of gondolas), meet at the fish market for a big summer party.

Cornerstones of another historic and equally famous craft in the lagoon are the Burano lace makers, headed by their almost century-old teacher Emma Vidal, who still work at lace pillows and where you learn everything at the fantastic Lace Museum.

If you want to sleep on an island all to yourself, dine under the stars, and maybe in the morning leave on a kayak while the children go to sailing school, walk to the beach or to the 15th century Chartreuse or to the Casello delle Polveri, then you should contact Sabrina Piccoli, Manager of the Venice Certosa Hotel, part of the Polo Nautico Vento of Venice, on the island-park of the Chartreuse. We are in a lagoon and therefore we give you an idea of maritime activities, from crafts like rowing the Venetian way, or the making of the "mascarete", to parties and maritime traditions.

Not surprisingly, Venice is called "the city of women", and for those who want to know more, there is a book by Tiziana Plebani, sponsored by the General Council of Townswomen. (History of Venice, city of women, ed. Marsilio);